What are you looking for?

The company Fumeo Carlo was founded by Ernesto Fumeo and his youngest brother Carlo. Born with the name of Calzificio Lario, soon changed its name to Calzificio Fumeo. In the Brianza area, mechanicals spinners were widespread since the very first half of the nineteen century, in the factory of Lentante sul Seveso, Fumeo produces fine women’s tights in pure silk, using the most modern looms from Germany.

Carlo Fumeo is sent to Germany to buy new looms. Back in the days, Germany was at the forefront of loom production and while at Libernecht, the supplier, Carlo Fumeo saw a small loom for knitted ties production. He had an inspired hunch and bought it without hesitation. 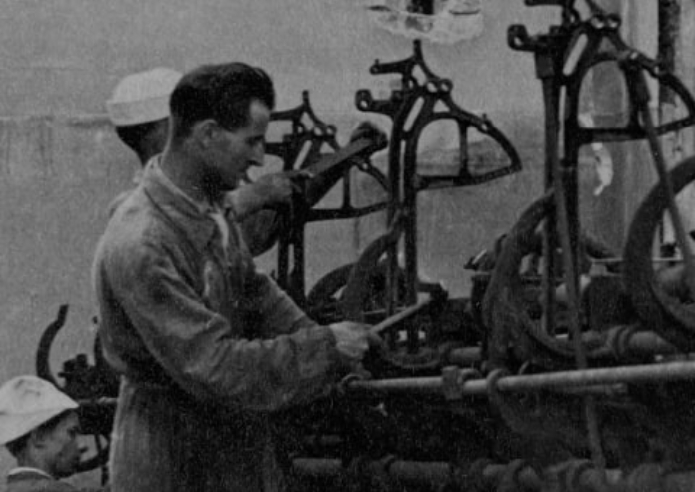 On the outbreak of the Second World War, Fumeo Carlo is selling tights and ties all over the world. During the war, the brothers Ernesto and Carlo are fighting for the anti-aircraft defense of Como, driving around their cars to collect unexplored bombs. There are few brave people, but they get busy and Como is spared from destruction, which instead hits Milano quite hard.

By the end of the Second World War, during peace establishment in the country, Italy was dealing with supply and demand troubles. On one side a strong world’s request of clothing and textile goods, unavailable during the war, while on the other supply wasn’t enough due to labor and machines shortage. In Como and Brianza areas silk supplies were lacking. Carlo Fumeo decided then to open a silk mill in the Veneto region, an Italian area traditionally dedicated to silk production. 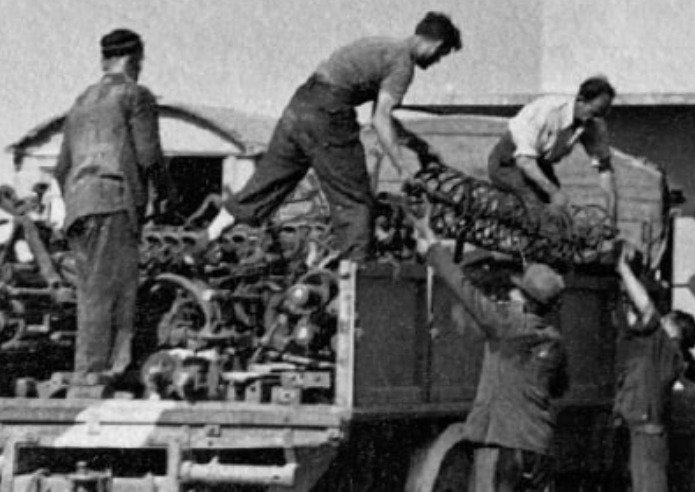 We are just at the beginning of the Italian “economic miracle”. The fifties bring with them a new revolution: seamless stockings, which come with different glazes and colors, while technological progresses make nylon less expensive and therefore more accessible. Fumeo company, now called Fumeo Carlo, however remains faithful to silk, abandoning women stockings production to devote itself completely to ties.

Around 1970 the first two of Carlo Fumeo’s seven sons joined the company: Pietro and Giuseppe. This is the first of three generational changes in the company. Today the company, which still uses the old circular and straight looms bought by Carlo back in the Thirties, designs and produces ties, bowties, suspenders, belts and hats in silk, wool, cashmere, linen and cotton.

You can find out more about which cookies we are using or switch them off in settings.

This website uses cookies so that we can provide you with the best user experience possible. Cookie information is stored in your browser and performs functions such as recognising you when you return to our website and helping our team to understand which sections of the website you find most interesting and useful.

Strictly Necessary Cookie should be enabled at all times so that we can save your preferences for cookie settings.

If you disable this cookie, we will not be able to save your preferences. This means that every time you visit this website you will need to enable or disable cookies again.